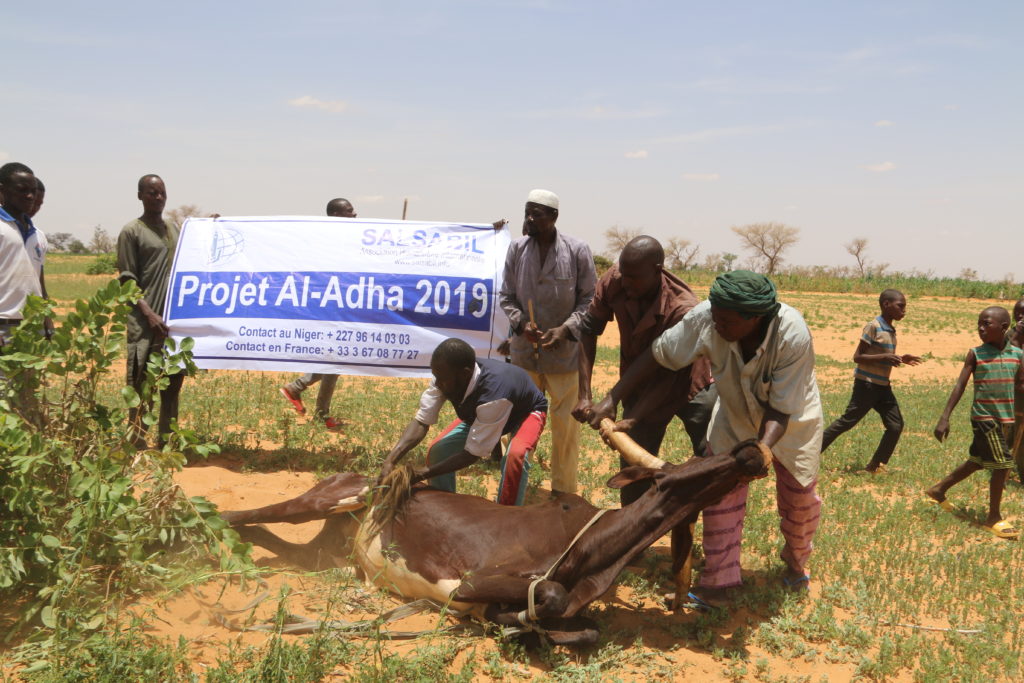 On the festive occasion of sacrifice, in 2019, Salsabil has provided aid to 1955 families in need in Niger. Half of them are residents of the capital, where 69 out of 129 cattle and four sheep were slaughtered.

One third of the beneficiaries are residents of the Bellayara province. There, Salsabil has slaughtered and distributed meat of 40 cows.

We ask Allah to reward everybody who participated and donated to one of the poorest countries on Earth, solely for the sake of Allah’s pleasure.

Indeed, many of the Nigerien people get to eat meat only once a year – on the day of Eid-Al-Adha.